The idea that robots would take over the human race was prevalent in the film industry for as long as the sci-fi genre existed. 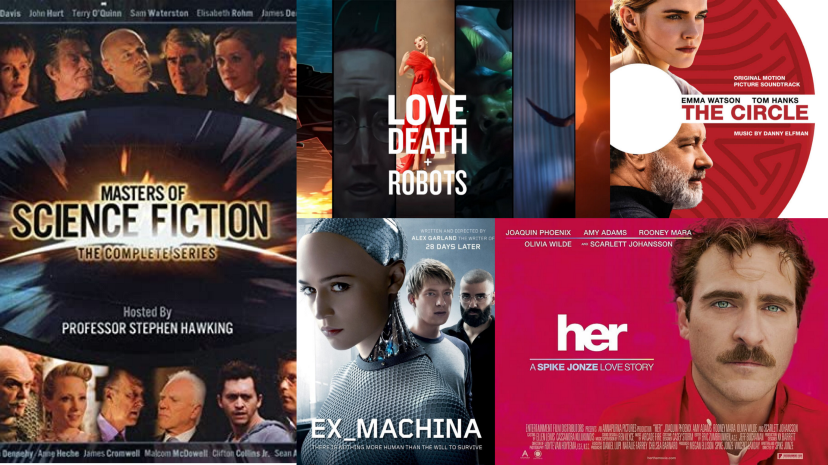 The idea that robots would take over the human race was prevalent in the film industry for as long as the sci-fi genre existed. Because of the huge popularity of movies like Terminator and Robocop, for many people now, the term Artificial Intelligence is associated with the deadly robots — the concept, that pretty much defined the main direction of the sci-fi genre.

The Matrix was a revolutionary movie and, definitely, was a start of a new age.

Black Mirror changed all. It’s one of the most exciting TV series about the future and technology. I can’t say to watch a specific episode, because they are all worth watching. Even several times :-)

However, among those films, there are ones that not only deviated from the “deadly robots” idea but also revolutionized the field of Artificial Intelligence.

Here are the top 5 movies and TV shows that you need to watch if you are interested in Artificial Intelligence. 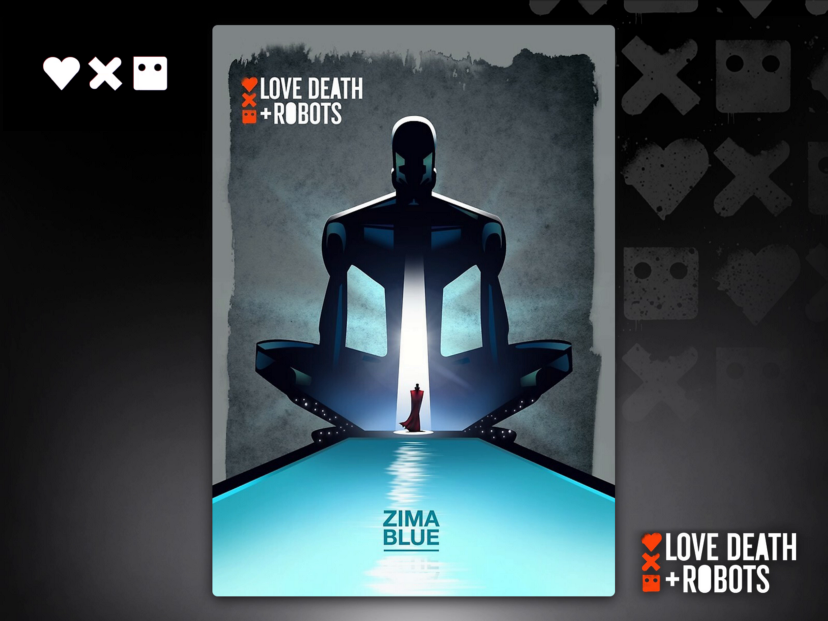 Love, Death & Robots is a unique art form. The series is a wonderful mix of stories presented in completely different genres. Here you will encounter classic elements of science fiction, unusual humor, amazing fantasy world and horror that really makes your way to the ants. Each of the characters in the project will seem strange to you, at least. Here is a real brain drain, which cannot get used to and not prepare. If you are ready to watch a story where the focus is on dairy products that suddenly came to life after mysterious circumstances, crazy works that seek to capture the world and soldiers who are able to appeal to animals, then welcome to the screens! Here is a terrific story that is sure to please all fans of something unusual.

There is one of the episodes of the animated series Love, Death & Robots — Zima Blue. In it, the journalist goes to the famous but mysterious artist Zima, who is admired by the whole world, to learn his story. The artist talks about one little robot who cleaned the pool, and over time added new features that turned it into … a loan. “But you are a man with elements of a robot, not a robot that has become a man!” — The journalist can’t believe. “Sometimes it is difficult for me to realize who I have become” — says Zima. And the blue color that everyone in the world admired is the color of the pool tiles, which were cleaned by a small and stupid robot.

A wonderful philosophical episode about artificial intelligence, the meaning of life, evolution and success. 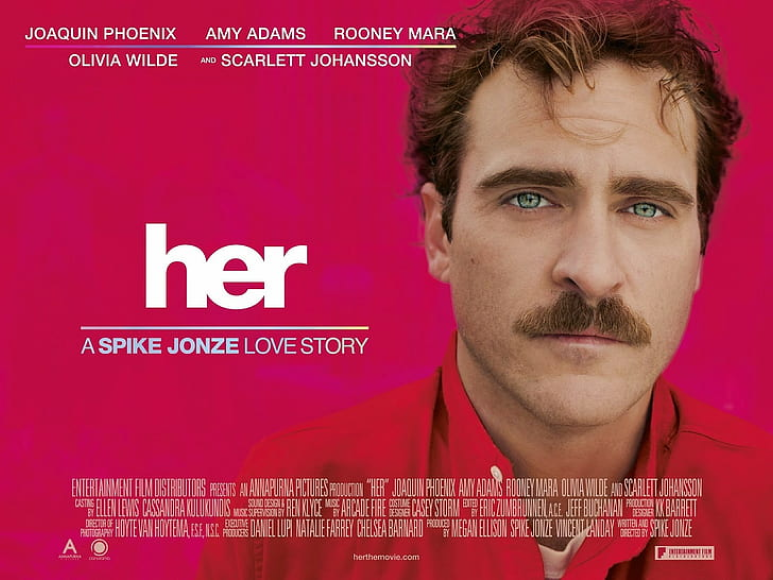 A film poster for “Her”, Warner Bros., website: IMP Awards

American cinema has recently become increasingly inclined to the themes of total loneliness of the inhabitants of megacities. In desperation, people are ready for a close relationship with someone — even with invisible, intangible artificial intelligence. The film Her tells about it.

The plot of the drama revolves around Theodore Twombly. The action unfolds in the near future. Computer programs are actively involved in all spheres of human life. Letters now don`t have to be written by hand. There are special organizations that will do it for you. Theodore works in one of such companies.

During the day he lives the lives and emotions of other people. And in the evening, he wanders around his apartment alone, having a hard time getting a divorce from his ex-wife. Sometimes the protagonist has fun having sex online. One day, Theodore sees an advertisement for a new artificial intelligence operating system that fulfills the wishes of its owner. Twombly buys the program. The artificial intelligence turns out to be a sociable and sociable girl named Samantha. Theodore begins to communicate with her, they become friends. Then a romance arises between them. However, artificial intangible intelligence is not able to replace the real person. It was worthwhile for Theodore to meet his ex-wife by chance, as he clearly felt. Another disappointment awaits the hero in the finale. It turns out that he is not the only one in Samantha: in fact, the car is in a mental relationship with 8,000 people. Samantha and Theodor’s ideal relationship ends in complete collapse. 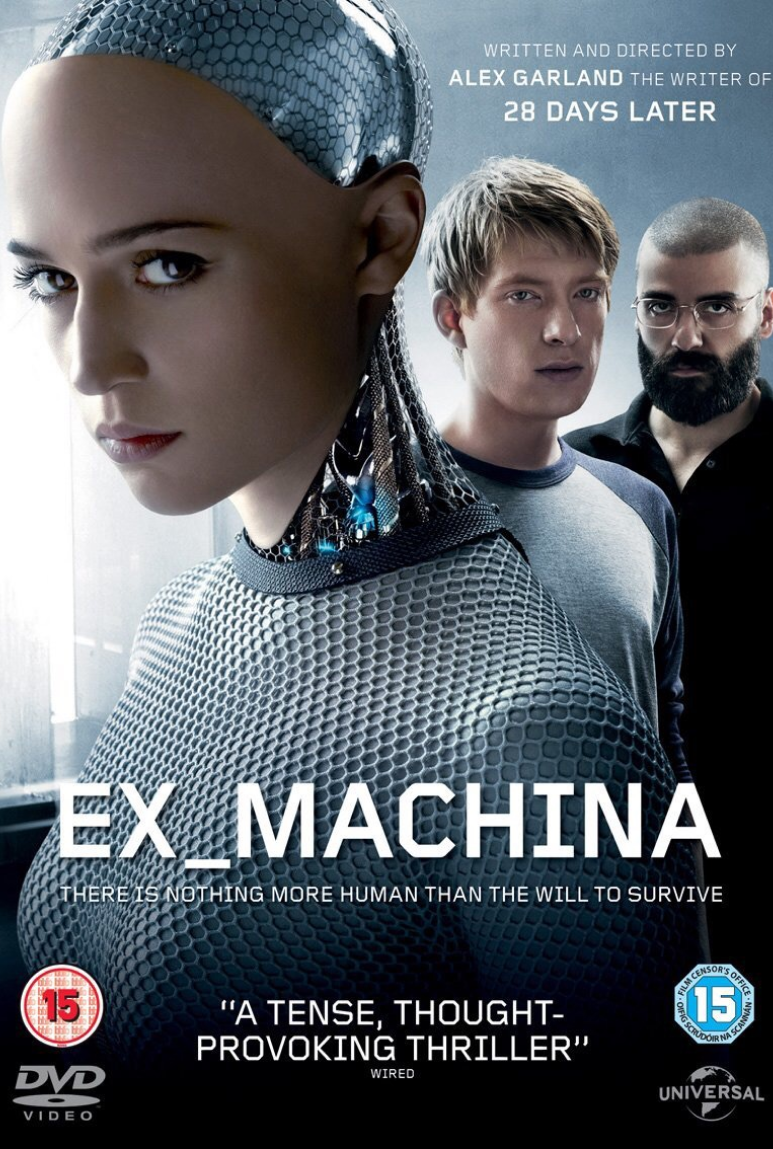 For his debut directorial work, screenwriter Alex Garland came up with a story about artificial intelligence, locked in his limited “black and white room” and familiar with a vulnerable programmer. This is not the first time the director has decided to look ahead to human progress, he wrote scripts for anti-utopias 28 days later and Judge Dredd, and in his Ex Machina it is very difficult to draw the line between present and future. Intelligence has not yet happened, but, as one character later points out, it can happen at any moment. For example, now. Then it’s time to start the test.

The main character Caleb is an ideal candidate for such an experiment, his all-personal problems with real women and lack of romantic relationships make him too much receptive to communication with an attractively built female robot. And it leads to presumed love, obscuring rational thinking, which is so necessary for the efficiency of this test. And Nathan, who lured him into his lair, let him be a genius, he is really a maniac with a serious sexual disorder. It seems that the external female attractiveness worked for him in the first place. He seemed to be trying to create a more realistic sex doll as well not a computer that should change the world. 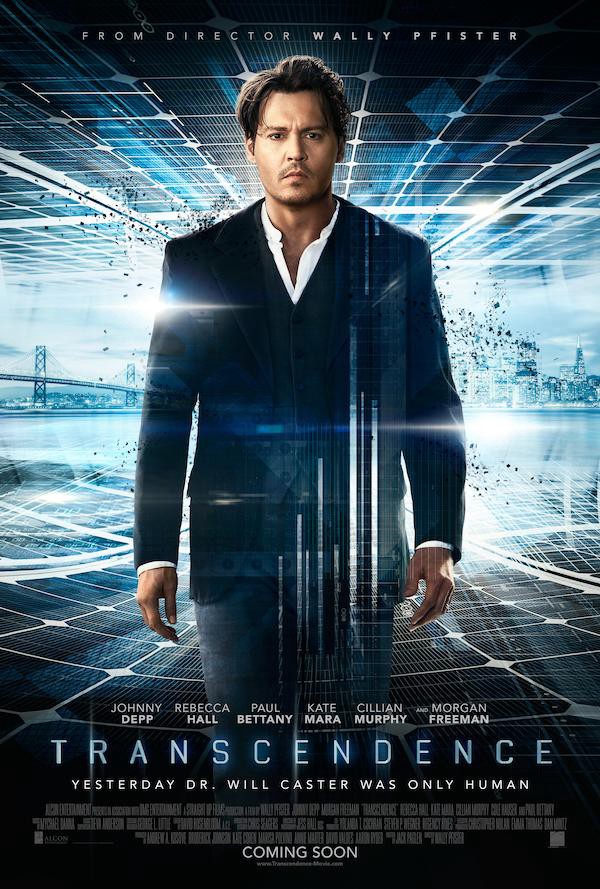 Another film of 2014, was probably the richest in this kind of film. The main role here is played by the great Johnny Depp. The film was immediately perceived in two ways. The world was divided into two huge groups of people, one of whom was very critical and disapproving of the film, and the other perceived the film as very relevant and well shot. Because of this, interest in the film only heated up a few years later. As for the plot and the role of artificial intelligence, everything is much more interesting than in other films. Here it is not artificial intelligence that becomes close to humans, but the human mind becomes an electronic version of itself. In any case, the explanations will lead to spoilers, which will kill interest in viewing. You need to see this if you are a fan of such a movie. There is drama, intrigue, and an unexpected outcome. 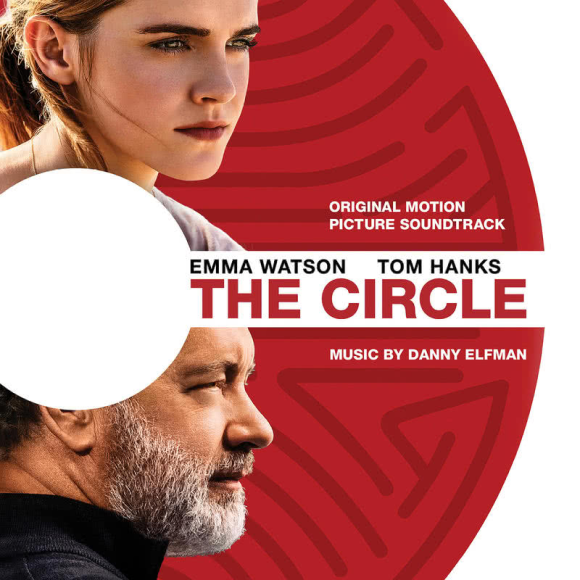 The world of information technology has become so large that small companies have rapidly grown into giant corporations with unlimited opportunities for communication between users. And tireless and painstaking work on various applications brings a person closer to a new era in which there are no boundaries between the digital and real worlds. In order to improve the virtual world, the head of Sfera proposes to modernize existing standards, making them more accessible, advanced, more functional, and convenient for those who do not understand a day without the Internet. The main character gets a job in this company. Viewers are step by step opening up the universe of a global corporation, the perception of which changes with each passing minute. But May herself notices the pitfalls in the experiment she is conducting. 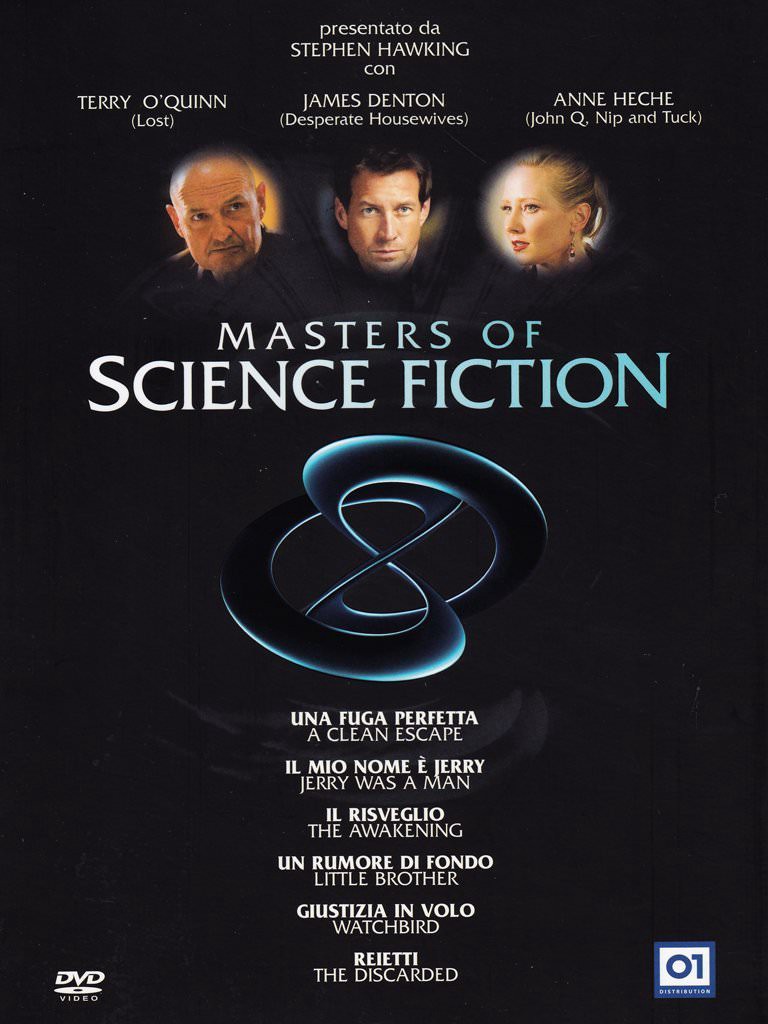 Sometimes I think that Black Mirror was inspired by Masters of Science Fiction :-)

What are your famous movies and TV shows about artificial intelligence? 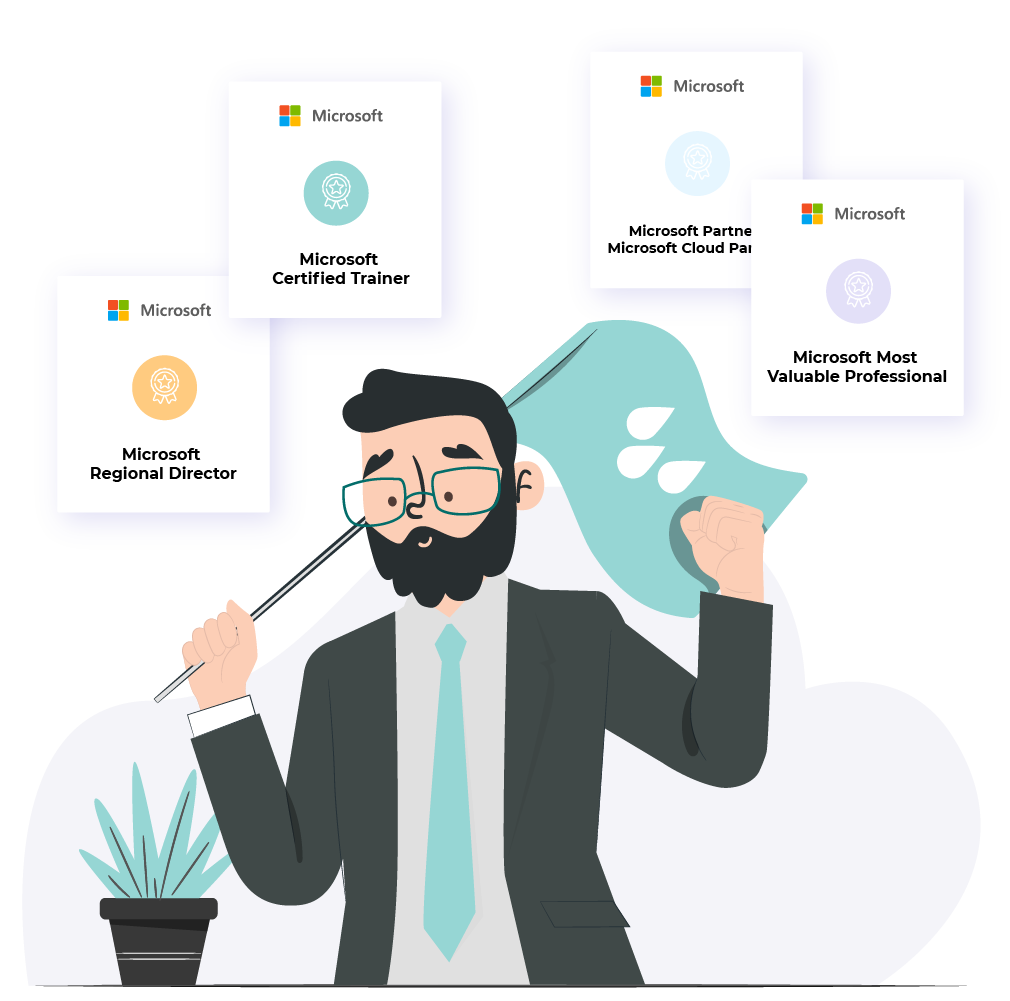 I was 23 years old at that time, which made me one of the youngest Regional Director in history. My cooperation has lasted for more than 14 years, which is also quite a long period. 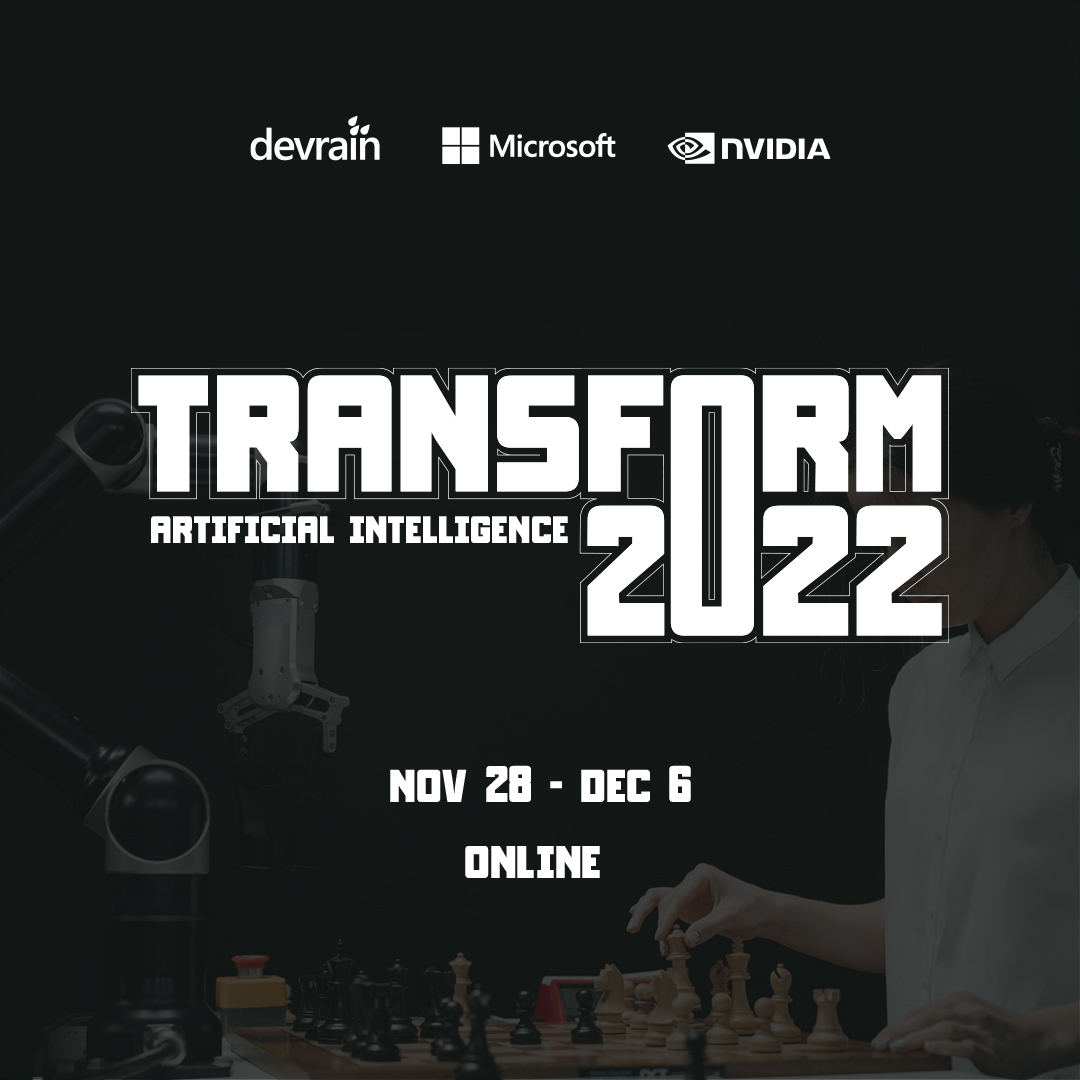 Nowadays, having a good tech portfolio can be very beneficial for any organization. However, a lot of software is really expensive. The good news is that eligible nonprofits can get technology grants allowing them to receive tools at a reduced cost or completely free.