Cloud-based speech recognition service allowing to train model for your own purposes.

Custom Speech Service (CRIS) is a cloud-based speech recognition service which belongs to Microsoft Cognitive Services family. Unlike Bing Speech API, which is designed for general purposes and can fail in certain situations, for instance while used with specific terminology or when speech is recorded in specific environment, CRIS allows you to train model for your own purposes. To do that, you should just provide the appropriate training data for acoustic and language models. What are those models?

First of all, to get started you need to get the subscription from Azure and sign-in into CRIS. The next step is to upload your training data for acoustic and language models (we used biology dataset available here). To do this select select Adaptation Data from drop-down menu and click Import New.

For language data you should upload the text file with your data, each line of which contains a phrase. The file should meet the following requirements.

Importing acousting data is virtually the same. Note, that you should pack your audio files into zip archive. There are few important things to know about training audio. It is recommended to start and end each audio with a ~ 100 ms of silence. Note, that if you want your model to learn a background noise, few seconds of noise would be better. To see detailed requirements on acoustic data visit Acoustic Data Requirements. After you successfully imported your training data, you can proceed with creating acoustic and language models. 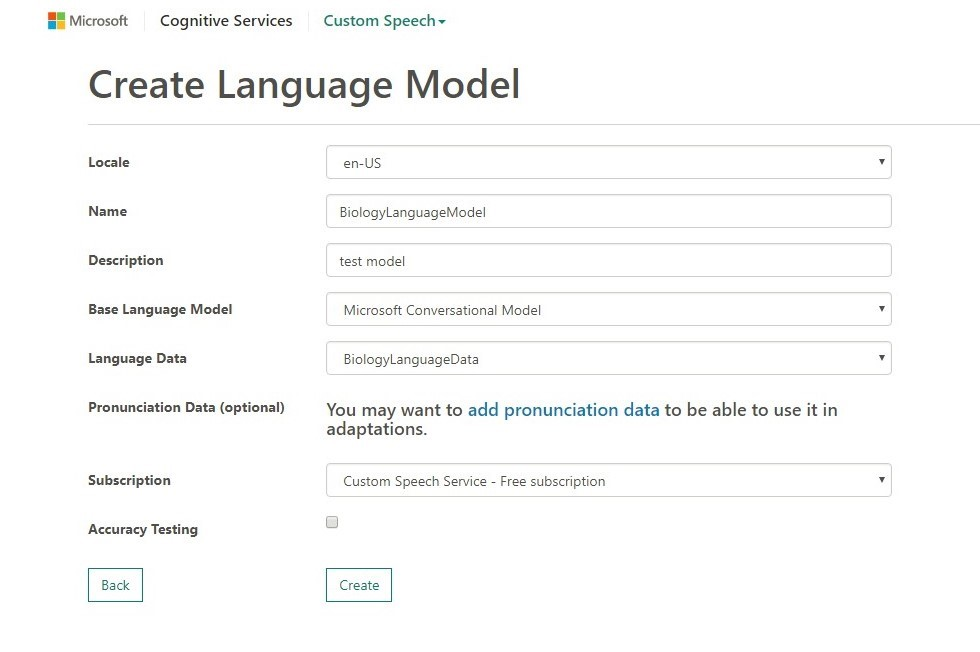 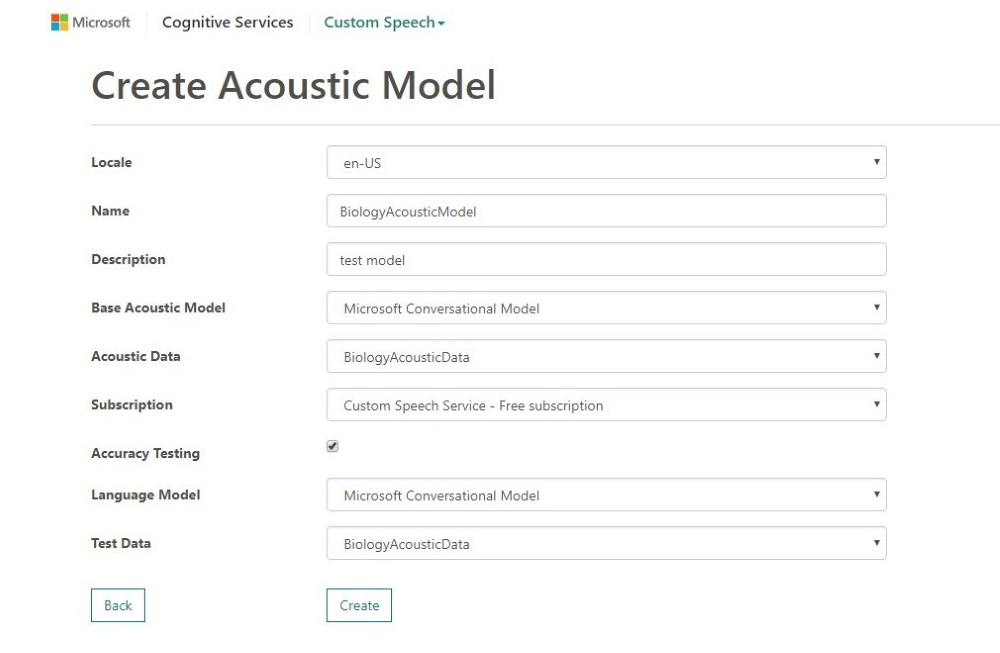 When creating acoustic and language models, you specify your initially uploaded training datasets and select the Base Language Model/Base Acoustic Model. Base model is a basis point for your customization. The are two available types of base models, Microsoft Search and Dictation Model and Microsoft Conversational Model. The former is appropriate for cases when the app is designed to apply commands, search queries, etc, while the latter is more suitable for conversational style calls to your app. You can also enable offline testing feature by selecting Accuracy Testing property. If you do this, you should also provide testing datasets, that will enable the evaluation procedure run on your custom model and results will be reported. After you create the models, their status changes to Succeeded when they are trained.

So, now you can proceed with deploying your models in custom endpoint. Select Deployments from drop-down menu and click Create New. 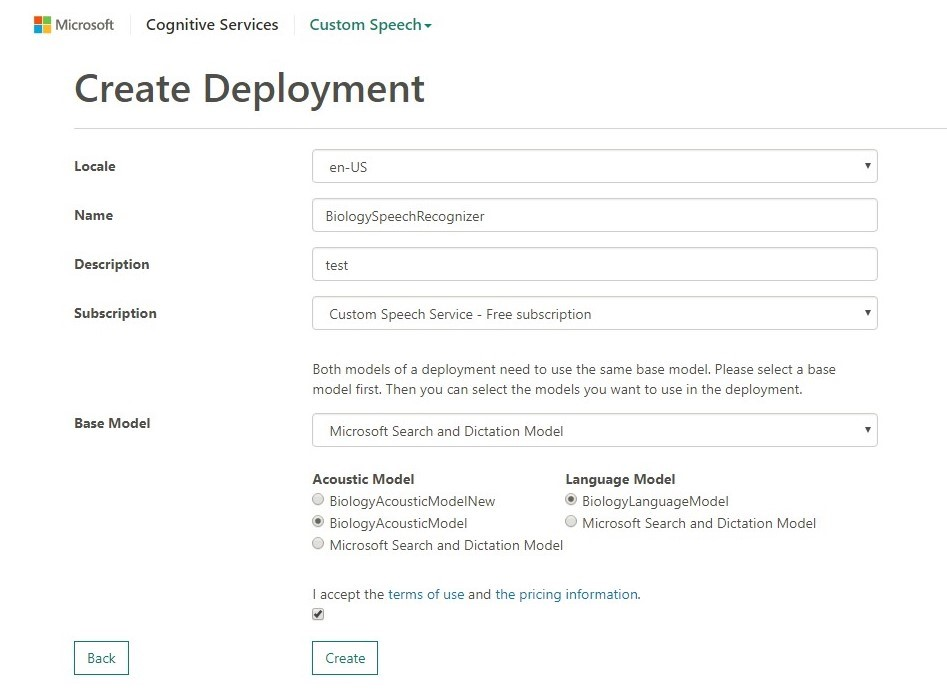 In Handlers of response events we display obtained response to the console.

After running, our app outputs the following result:

Custom Speech Service provides you with a convenient way of creating speech recognition model specially for your needs. Note, that it exposes the same API as Bing Speech Service, thus you can easily swap Bing endpoint to custom in your app and also integrate it with LUIS service (by creating DataRecognitionClient with intent). However, a few locales are supported at the moment and service is online-based.