How to make cities smart?

What is a "smart city" and what we need to do with our cities? 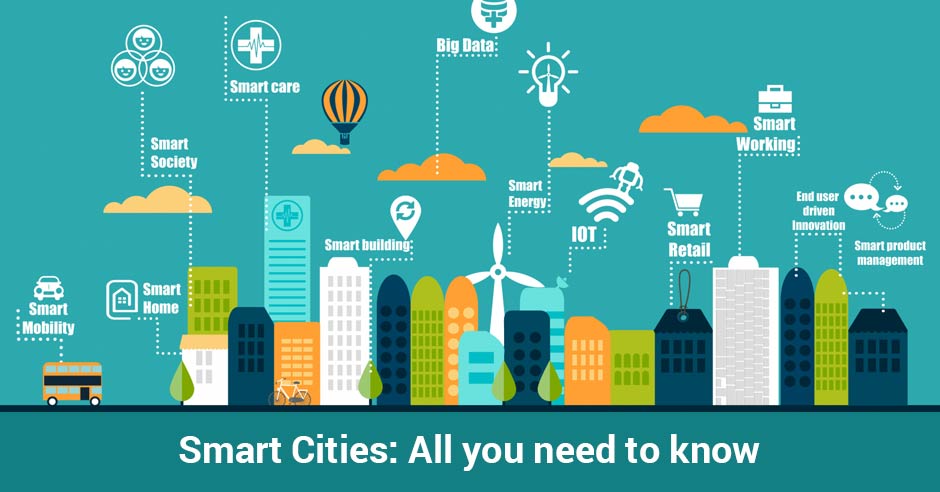 What is a "smart city"? It is a city defined by six major criteria: smart economy, smart mobility, smart environment, smart people, a high standard of living and smart governance. The city can be considered "smart" when investment in a human and social capital, as well as in traditional (transport) and modern (ICT) infrastructure create the basis for sustainable economic development and the high quality of life with smart management of natural resources by governance and citizens.

Smart cities are often associated with the technologies only, but it is important to make a point that technologies are important, but not crucial component. The main task of technologies - automation of processes, help in data collection, processing and analysis.

Universal algorithm how to make smart city does not exist. Each city is unique, has its own characteristics, but it does not mean that you can not find what unites them. Let's do it.

The concept of smart cities

Before making any decisions we need to imagine what city we want to build. This should be a city for cyclists and creative people, or whether it should be a city for business, or a tourist town, etc. Next you need to understand the basic problems of the city (for example, for Lviv - smog and rubbish, for Kyiv - transport and parking). And of course, first of all, you need to focus on the solution for these problems.

Creation of infrastructure of the city

Infrastructure of the city means the software and hardware platform with a set of basic services and instruments, such as center of data processing and keeping - data center (or cloud), remote access, unified system of authorization (through BankId, MobileId, citizen card), tools for work with EDS, information security system, unified standard of API (e.g., OData). Usually such concept is called an unified city platform.

Having infrastructure you will not need to make your version of the authorization or work with EDS in every new project.

Ideally, all program services that will operate on the basis of a single platform, must meet the following criteria:

This schematic shows the information architecture of the city: 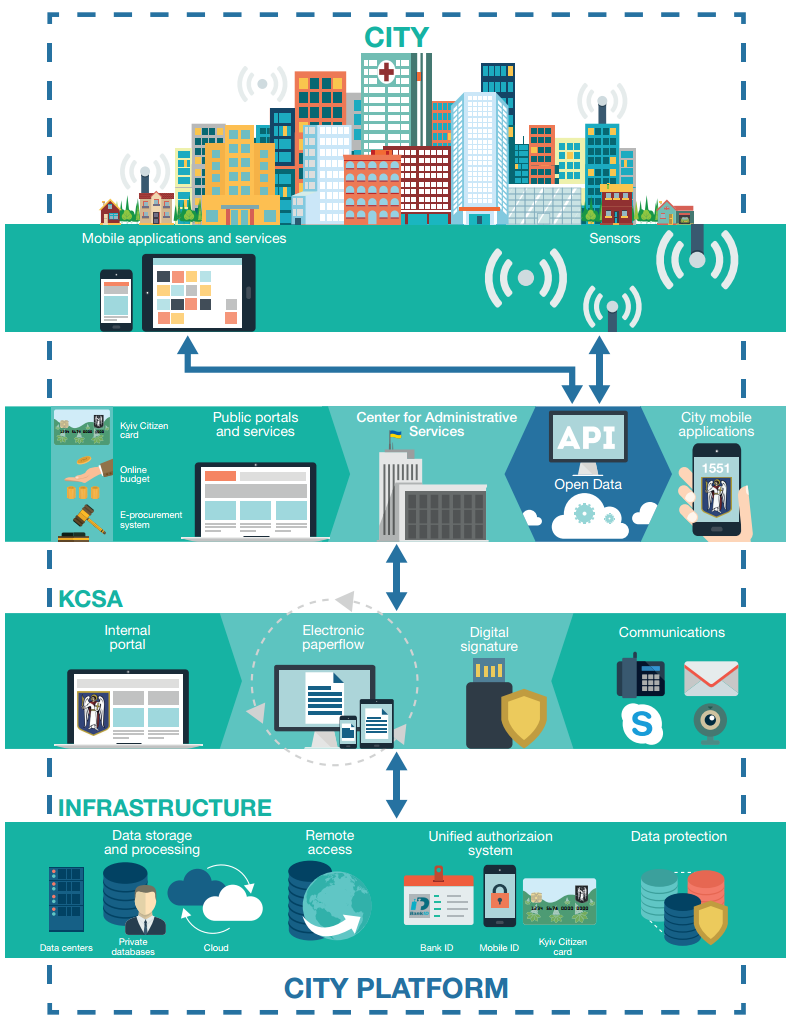 Once the infrastructure is developed, cities can start implementing some services.

I picked up some basic services every "smart city" should have:

Other important things that city should do:

And the main thing - quick and strict response to poor-quality services, lack of professionalism and sabotage.

Of course, this is not all the services that can be realized in urban areas, certain areas I missed - such as medicine. Some cities have already built their own platform, some cities decided to realize the maximum number of services without having a single platform.

An important question - the cost of development and implementation of various services. There is good and bad news here. The bad new - it's not cheap but with high quality of software products, the effect of their use and further savings will pay these investments quickly enough. The good new is that many services in one or another form already exist and the only task is their integration in the city. Having public API to all services, we can hope for their further development and improvements by the IT community.